You may have heard of Artbox, or may not have. Originated from Bangkok first, Artbox is a creative night market that gives the opportunity to local artisans to exhibit and sell their hand-made items. With its overwhelmingly positive response in Bangkok, Artbox then expanded to Singapore in 2017.

For those who have been to the Artbox in Bangkok or Singapore or both, you will know that it is a great place to get exposed to local artists while enjoying the creative set up of the entire space.

Artbox is decorated with lots and lots of fairy light along the way and the stalls are actually container boxes, hence the name, Artbox. There is also a stage for performers to sing and show off their talents while entertaining the crowds. There is also a nice, cute little corner for people to just sit and chill with their food and snacks while watching the talent acts perform.

We’re lucky enough to have our own Artbox for a good two weekends in November starting from 9-11 & 16-18 November 2018. Artbox is open from 3 pm to 11 pm and is located in one of the biggest carparks we have at Sunway City.

We took the opportunity to check it out on the first day the Artbox Malaysia was open to business. At around 4:30 the crowd was already starting to build up. People were walking from all directions, heading in one direction, which is of course towards Artbox. 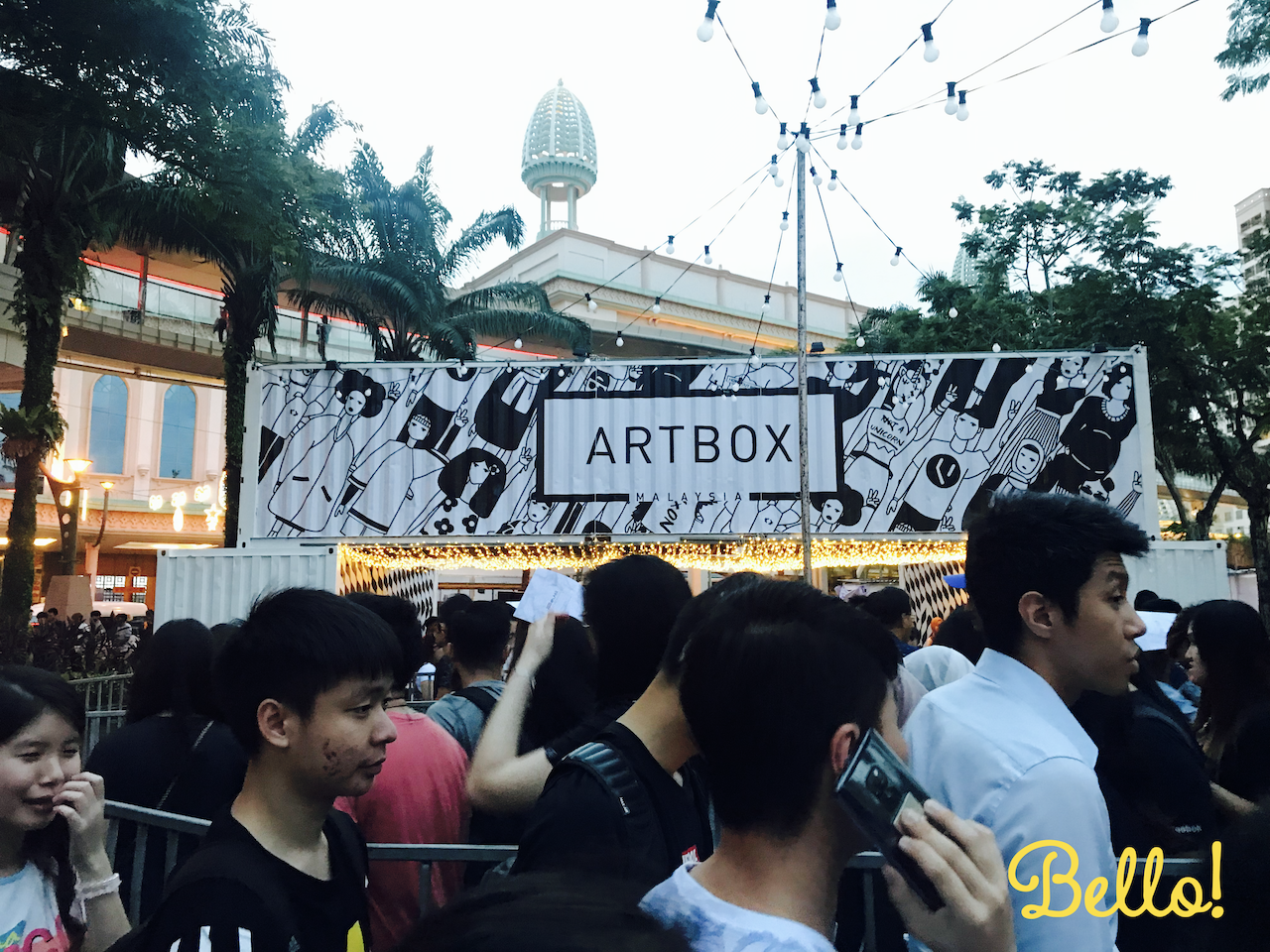 At 6:30 pm, a long line started forming at the entrance of Artbox. It is a free event, however, there is a specific entrance and exit to the event. This is to prevent any commotion and to keep things in orderly matter. The line did not take too long as it was a moving line. So, even if you were lining at the end, you will still get to Artbox within 15 minutes. It reminds me of the line to get into a ride in the theme park. Surprisingly, everyone was abiding by the rules and nobody was caught trying to jump lines. Everyone was just happily and patiently lining to get in. 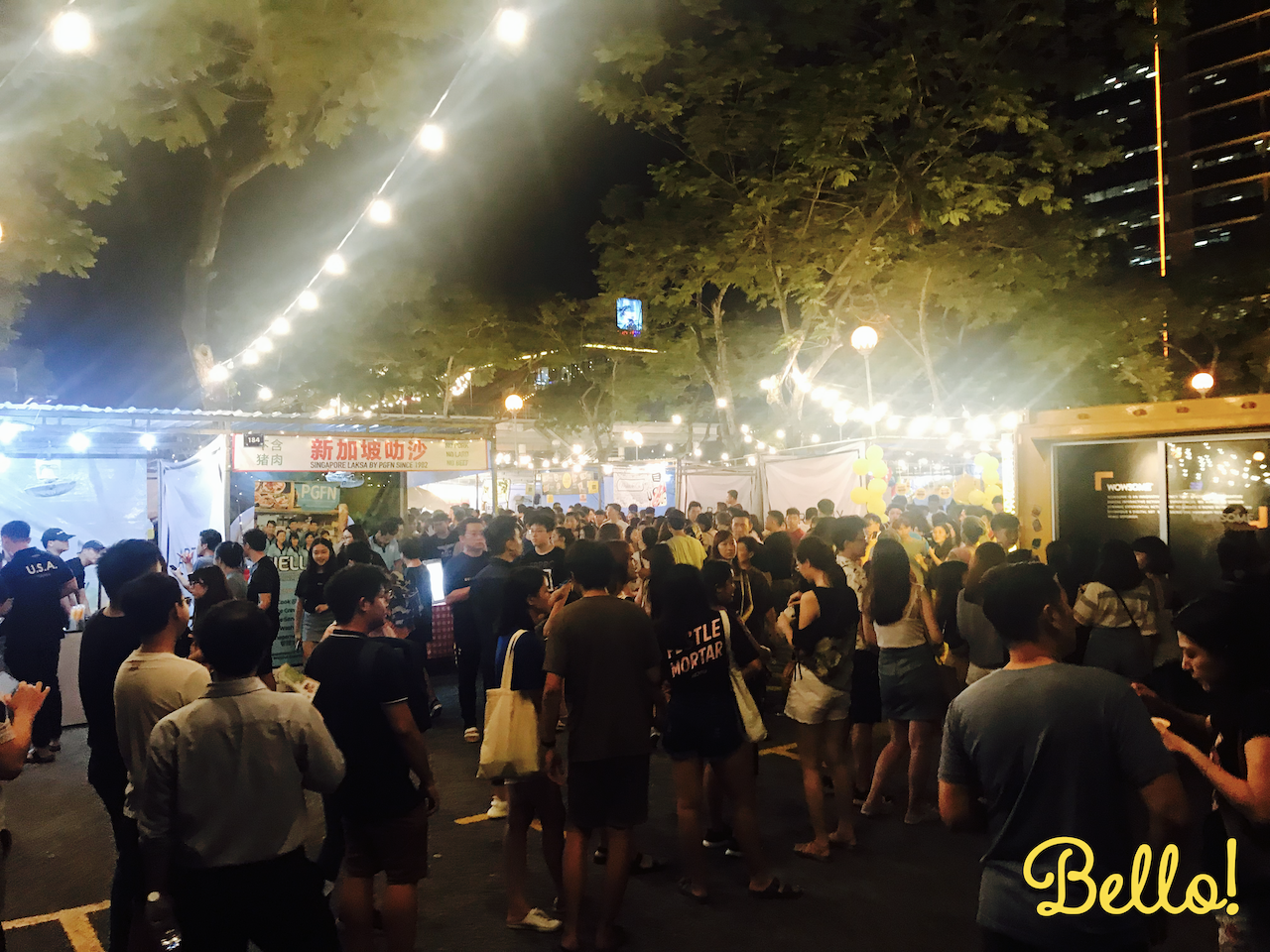 So, everyone was excited and thrilled to see what’s in the Artbox. When it was our turn to finally enter, I immediately felt claustrophobic. It also didn’t help that it started pouring when we were just getting inside. Thankfully the grounds were tarred roads, not the sandy, muddy grounds.

There were some familiar stalls and brands that you would see at *Riuh* such as Pestle and Mortar, Ticklish Ribs, Yoohoo Hotdogs, and a few other food vendors as well.

Artbox is sectioned into a few areas- F&B area, food truck and retail area. The F&B area also diverges into two- Halal and non-halal food area. As you walked in from the entrance, you will see the retail section first on your right and on your left, a huge backdrop for a little photo op aka #ootd.

As you walk further on, the halal F&B area could be seen followed by the non-halal F&B area after it. Food trucks are towards the end of the area and also where more photo op backdrops are placed. 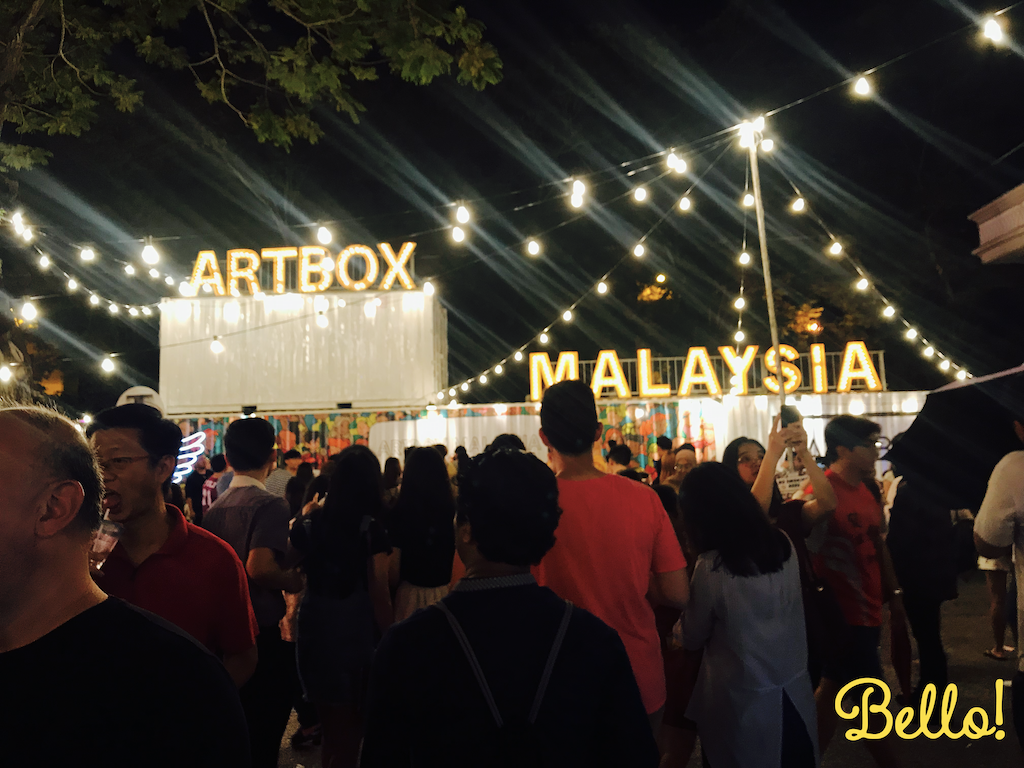 The most crowded areas are definitely the food areas where people are all lining up to get their dinner or snacks. The F&B area is not too spacious, causing the line to actually block people from just passing by. It gets frustrating because everyone was basically touching shoulders trying to get by. There were times when passer-bys had to stop for a while because of how confusing the paths are. Some people were lining up, some were just trying to get past that area, causing traffic in the flow.

There were random standing tables in the middle of the traffic which were meant for people to eat after getting their food. However, it was not a practical spot to place these tables because of the overwhelming crowd.
There is two designated dining zone but it was now adequate enough for everyone to dine.

Lines to the food truck and other F&B stalls were awfully long and some people had to wait an hour and a half just for a milkshake.

The F&B stalls could use a little more variety as they were selling similar food items, especially the beverages. Retailers could also do a little better as some stalls were just selling drinks that could be bought from the local “kedai runcit”.

It was rumored that there were about 100 stalls but Facebook angry, raging comments were accusing Artbox as a total scam. Most of the food sold is local and not that special from usual. The people were expecting an international experience during the Artbox event but was very much disappointed.

There were some comments stating that “going to the usual ‘pasar malam’ is better and cheaper.” Some have stated the issue with the long lines and how the stalls are too close to one another. A lot have complained that they did not even get to try any food from Artbox, and ended up going home to eat. In my case, I went over to Sunway Pyramid for a quick meal.

To be honest, the event was a little overhyped and the quality of the retail vendors is just not up to par. A lot of people that had been to Artbox Bangkok and Artbox Singapore had made comparisons, calling Artbox Malaysia a total disappointment and failure.

In all fairness, it was not a great experience in my personal opinion due to the weather, and the fact that it was the very first day of the event. Perhaps this weekend would be a lot better and the weather would be great as well?

What did you think of Artbox Malaysia? Have you been to the one in Malaysia yet? Or the one in Thailand and Singapore? What are your thoughts?

Previous Post I tried the boiled egg diet and this is my result
Next Post Super Ono Poké Bowl @ Plaza 333, Kota Kinabalu 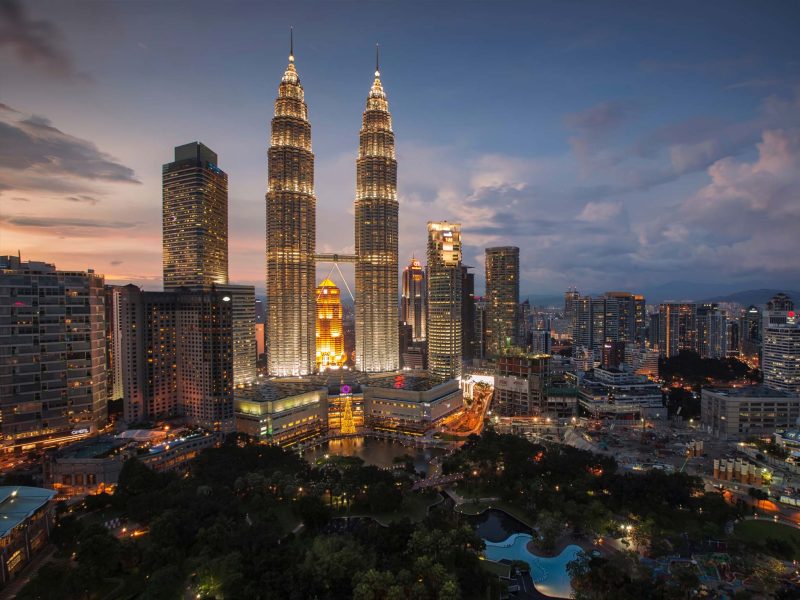 Riuh By The River @ River Of Life 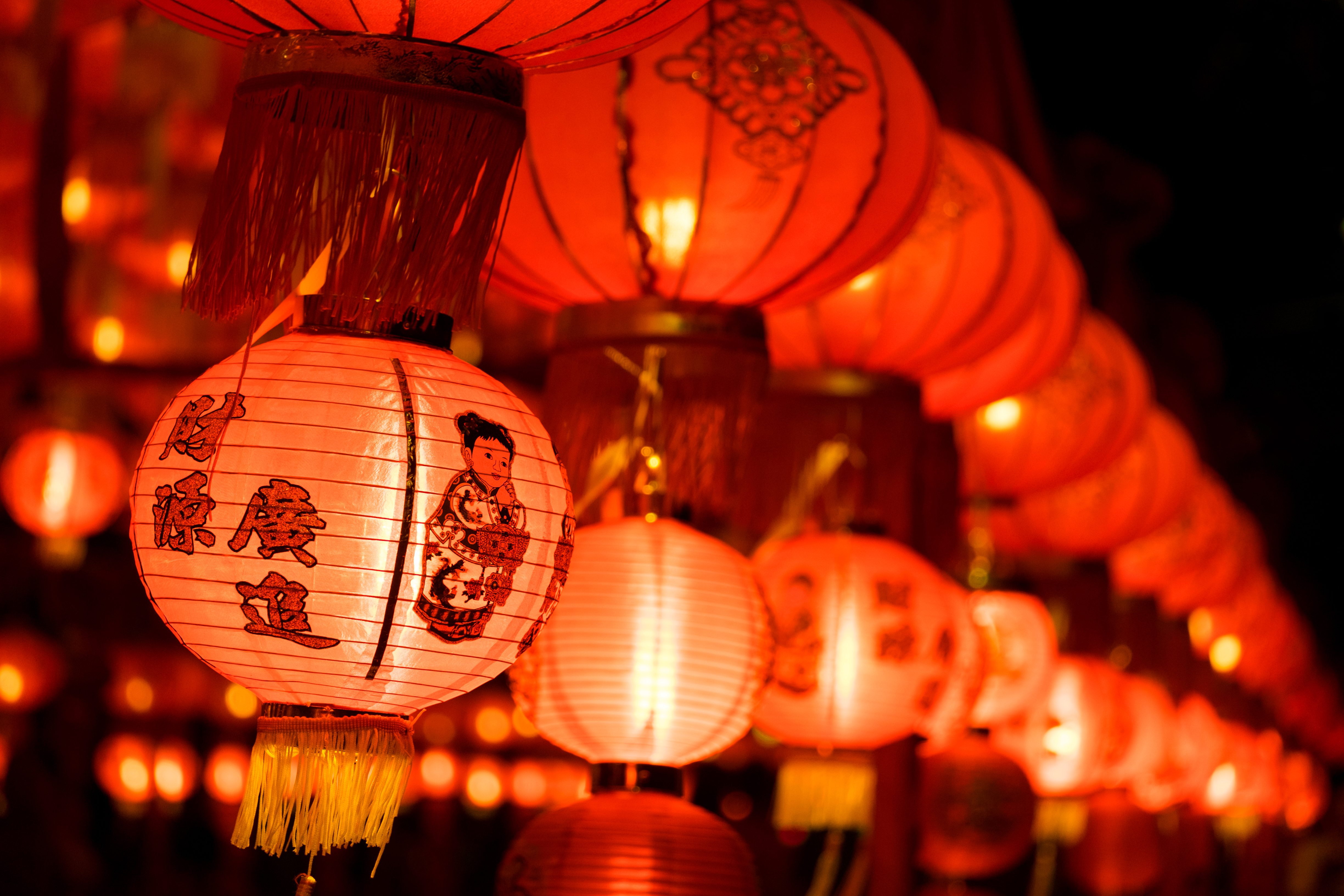 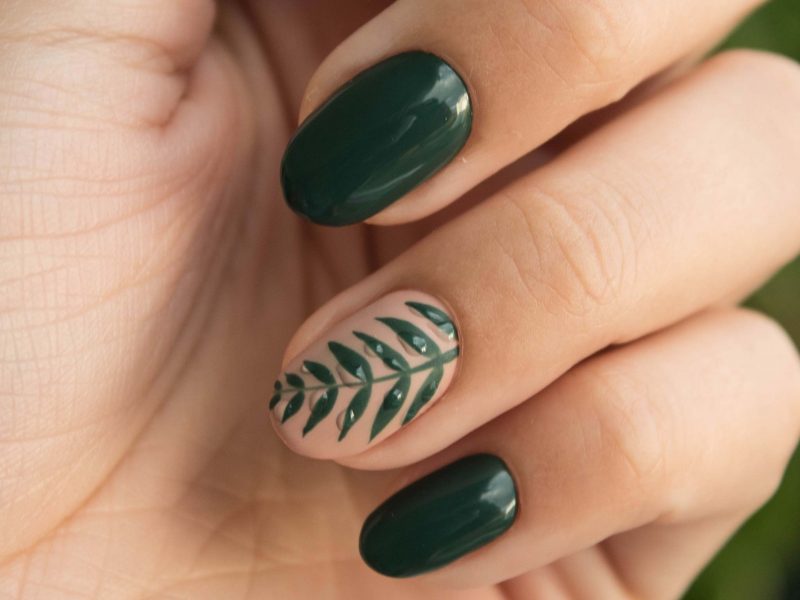 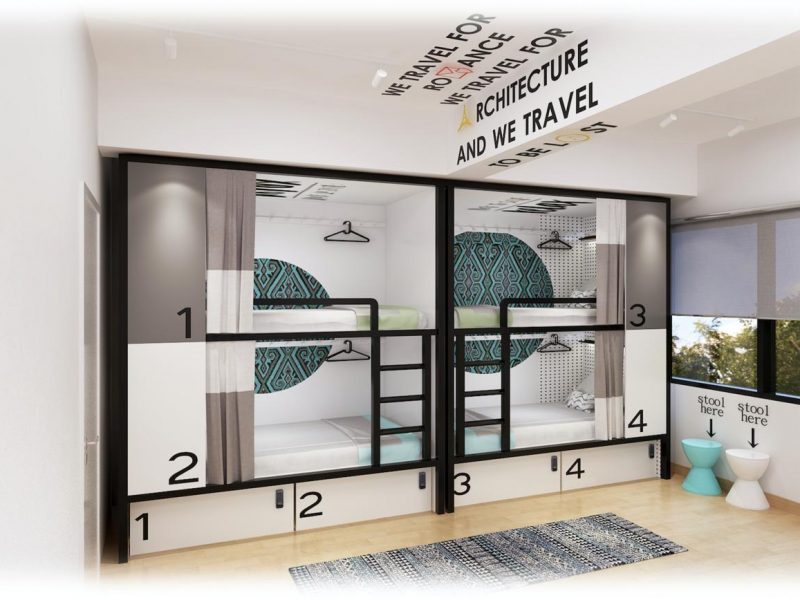